While house sales in the Province tumbled 18.9% year over year, marking a six-year low for home sales, sales increased in the Prince George region by 2.6% year over year.

While in larger centers with higher average home prices the tightening federal mortgage rules have limited prospective buyers purchasing power, the affordability that we have in Prince George means we are not impacted as hard.

Here is an excellent video giving an overview of the Light Industrial areas of Prince George. Some areas are very limited in what is available while others, such as the Danson Industrial site and Boundary rd have several options available for purchase.

A key economic indicator I always watch are the airport passenger numbers. As we are the service center for the Central and Northern BC, its a great indicator of the how much activity is going on in the region. Numbers for May are up 6.8% over last year and that follows growth of 9% in April and 5.5% in March. Those are very encouraging signs for our economy. 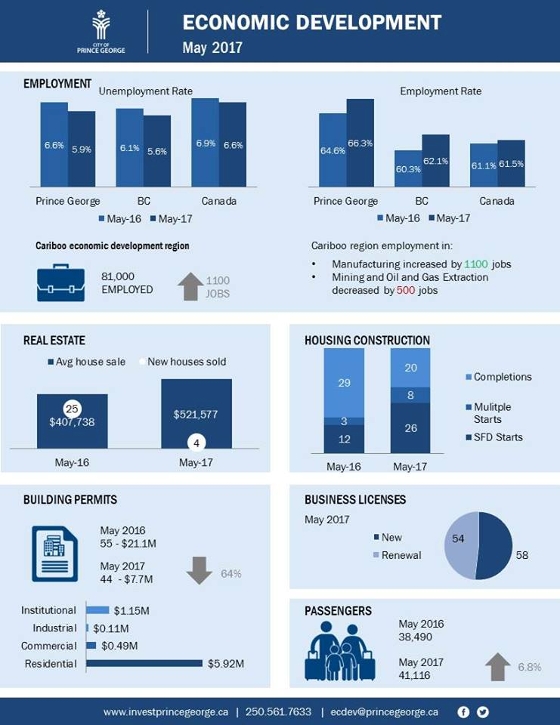 B.C. HOME Partnership program is the new government launched fund to help first time home buyers purchase their first homes by contributing up to 50% of the down payment. This is in the form of a repayable loan but provides a fantastic opportunity for people to get out of the rental market and start building equity into their own homes!

More information can be found here:

Want help finding the perfect new home, give me a call.

Sure fire favorite opened up in downtown

Kask Taproom on 4th ave in downtown Prince George opened its doors on November 18th, 2016. This new test kitchen and craft beer tasting  business is going to be a sure fire hit in our downtown and is just another example of all the great things happening in the area.

The following is an excerpt from www.opinion250.com news report on the opening and captures what is happening beautifully:

More and more businesses are making the decision to  open  in  downtown Prince George,  an area of  the City  which has seen more than its share of  challenges.

Investment in the downtown  has been  growing,  with  façade  improvements ( the old Photo Fax building  on George Street a prime example),  the resumption of  construction of the Courtyard Marriott Hotel,  the addition of  a pizza outlet to Nancy O’s on Third Avenue,  façade improvements underway at the corner of  Third and Quebec,   the  decision by HomeWork to  return to  downtown,  the opening of  Jim’s  Clothes Closet  on 4th , the  development of  Crossroads Brewery on George Street and now Kask.

The  opening of Kask on 4th means  4th avenue   has no retail vacancy  space available.  That’s the  first time that has happened in  several years.  “This  innovative business will play a pivotal role in redevelopment of  downtown” says Mayor Lyn Hall.

Kask’s owner, Ross Birchall  says  his outlet  won’t be in competition with Crossroads Brewery, in fact,  CrossRoads product will be one of  the craft beers featured.

Over the past year,  several developers have remarked that  it is clear Prince George is open for business and Birchall  echoes those comments “The time  is right  for doing business in this  city.  A cooperative Mayor and Council, incentives such as the Façade Improvement Program,  several young entrepreneurs that I’m pleased to call my friends and an appetite for change  makes all the difference.”

There are other  plans in the works  to help  further the revitalization  of Downtown  Prince George,  including developing student housing,  and a park  next to  the  Wood Innovation and Design Building . 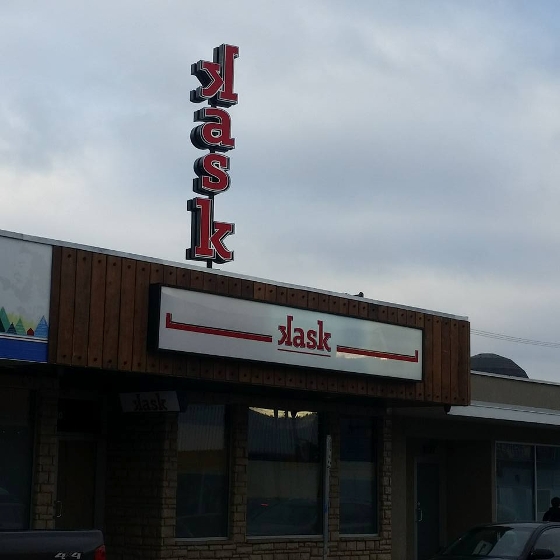 Posted on October 6, 2016 by Clint Dahl
Posted in prince george

Prince George is predicted to have the strongest economic growth in Canada as compared to other mid sized cities, this according to the Conference Board of Canada. The Western Investor recently released and excellent article on Prince George and overall prospects. With job numbers remaining strong, vacancies at all time lows, growth in both the K-12 and University student populations Real Estate in Prince George looks to remain healthy.

you can read the full article here:

May 2016 Real Estate statistics are out and here are some quick highlights:

The overall number of sales in Prince George was up 6.6%

The number of new listings that hit the market was down 3.4%

Overall the number of Active listings was down a whopping 16.3%!! This explains why those people that are looking for houses to buy are having some challenges. New listings that are in good condition are being sold quickly.

The median sales price on a 12 month rolling average is up 4% to $255,000.....which still makes Prince George and amazingly affordable place to live!

Statistics for April 2016 in Prince George show we continue to be in a very tight market which is great for sellers but challenging for buyers. As always a sellers market means we have upward pressure on pricing. I've used 12 month rolling average statistics in this blog as I think it shows the trends more than just viewing April 2016 vs April 2015.

The big change was in the number of new listings. This year was down to 1777 new listings as a 12 month rolling average. Last April had an average of 1898! This means the number of Active listings for prospective buyers to choose from has declined from 422 in April 2015 to just 356 this April and that is across all price points.

This results in a very tight market and why we are seeing competitive bids in the market place and new listings getting snapped up fast if they are priced accordingly to market conditions.

If you have property and have been thinking of selling, now may be a good time to do it!

Apartment for Sale in Prince George

16 Unit Apartment for Sale at $950,000 which works out to a great price of $59,375 per door. Unit has excellent suite mix with 2 bachelors, 4 one bedrooms, 8 two bedrooms and 2 three bedroom suites. All suites are good size with lots of natural light. Large laundry room, lots of parking and a very central location that is walking distance to Parkwood mall which has a Save on Foods, London Drugs, The Bay, Theatre and several restaurants.

January Real Estate statistics are now in and the general trend of a very tight market has continued. Current active listings for the City of Prince George are at 213. The only time we have had very lisings is in January 2007 when we had 204 active listings. The number of new listings in January was also very low at just 93 new listings. Again only once have we seen a month with fewer listings and that was in January of 2006.

The general sense in the market place is we will continue to have low inventory of houses for sale relative to past years which should continue to put upward pressure on pricing.

Prince George is NOT Shrinking

BC Stats recently reported that Prince George's population shrank by 2.7% last year. I was shocked then became angry when I seen this. These stats play a pretty important roll in the helth of the community. Everything from government funding to potential investors look at these stats so a declining population is bad news. But lets take a closer look at some other statistics:

Our vacancy rate for rental properties while up from last year is still extremely low.

Housing starts remain strong and the sale of new houses has remained strong. I've talked to one larger builder that said they cannot keep up with the demand.

Our real estate market also points to anythign but a declining population. Sales remain high and we continue to see modest increases in prices, somethign you do not see in city with a declining population. Interestingly if we lost close to 3% of our population one would assume that their would be a rise in the number of houses for sale and yet we have the lowest inventory of houses for sale since 2007 and even at that its only marginally more than that boom year. Beyond that year the mls data does not show any years where we have had less houses for sale.

While average family sizes in Canada are getting smaller, School district 57 had an increase in the number of students from 12,654 students to 12,728 students. Not a large increase but certainly not what one would expect to see if your population just shrank by 2.7%.

You don't need to look at these statistics though to see that there is something wrong with BC stats numbers, just drive around the city. There is way more traffic just about every where you go.

The bigger problem I would suggest is that the way BC Stats is getting their data is obviously not reflecting what is actually occuring. This is concerning, because from my point of view Prince George is growing!

Property assessments up by 6% in Prince George 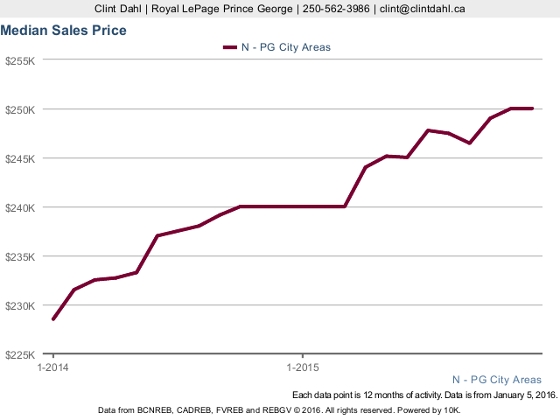 What will be interesting to see what the increases will be for the different price ranges. For example the average number of active listings we have in the $200,000 - $300,000 range is down by over 22% where as the number of listing in the $350,000 and up range is up by close to 15%. This shows tare fewer and fewer houses available in the range of what our average house price is. Tight inventory usually means rising prices so will we see faster price increases in that $200-300k price range this year and has BC Assessment already factored that in?